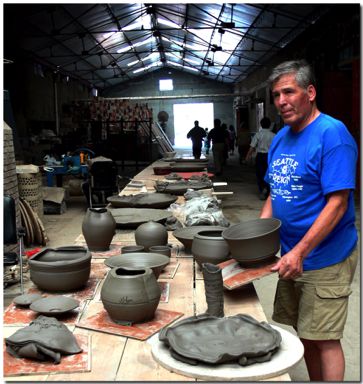 I began studying ceramics at the University of Washington while getting my degree in Architecture in 1968.  It wasn't until the late 1980's that I resumed my interest in ceramics and have been a full time hobbyist ever since.  I have studied and attended many workshops dealing with the ceramic art of Raku and a good part of my pottery deals with this process and other alternative methods of firing.  I would consider my work to be mostly one of a kind art pottery but occasionally I will do production pottery.  I have received several awards for work submitted to art shows and I frequently donate to auctions.